The Warrentinna project is located 60km North-East of Launceston in North-Eastern Tasmania and covers an area of 37sq km with 15km of strike prospective for gold.

The host rocks are equivalent to those found in the goldfields in Victoria, south-eastern Australia which have to date produced over 50million oz of gold. 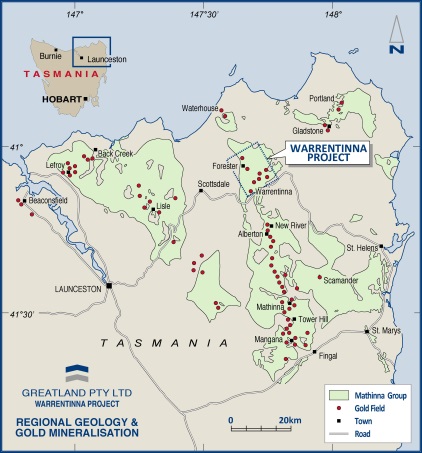 These areas had lacked significant modern exploration efforts until Greatland Gold began work on them.

Work carried out by the Company to date has consisted of geological mapping, soil sampling, rock chip sampling and drilling, primarily in two target areas of Forester and Warrentina. 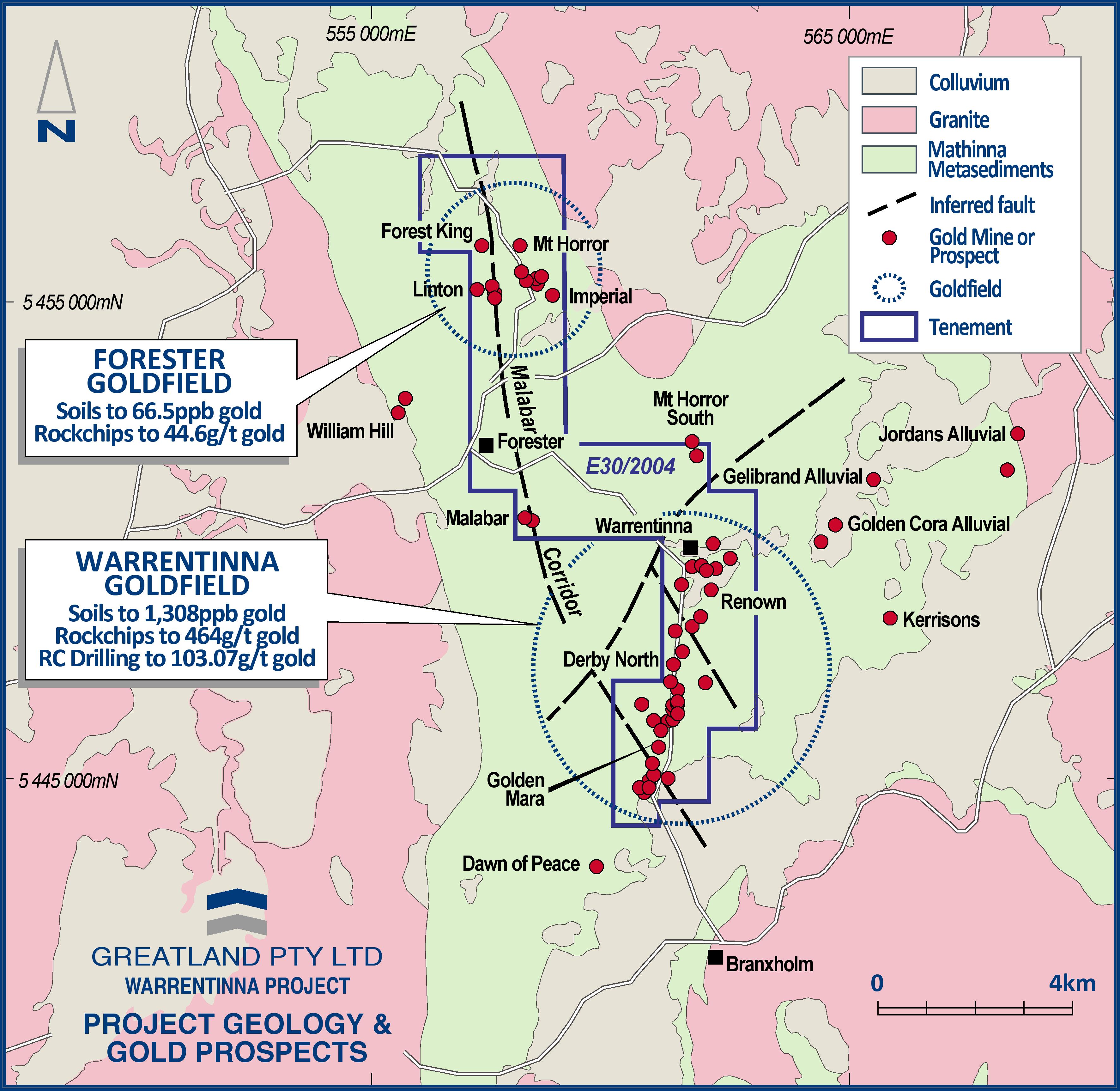 The company has drilled over 3,750m to date with over 3,500m of historical drill data also obtained for analysis. 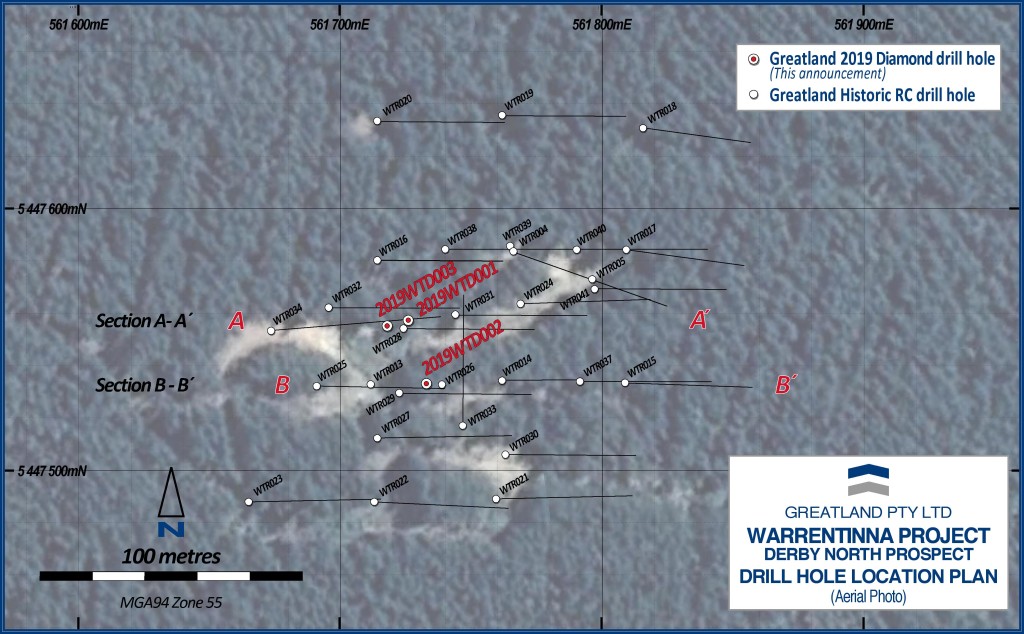 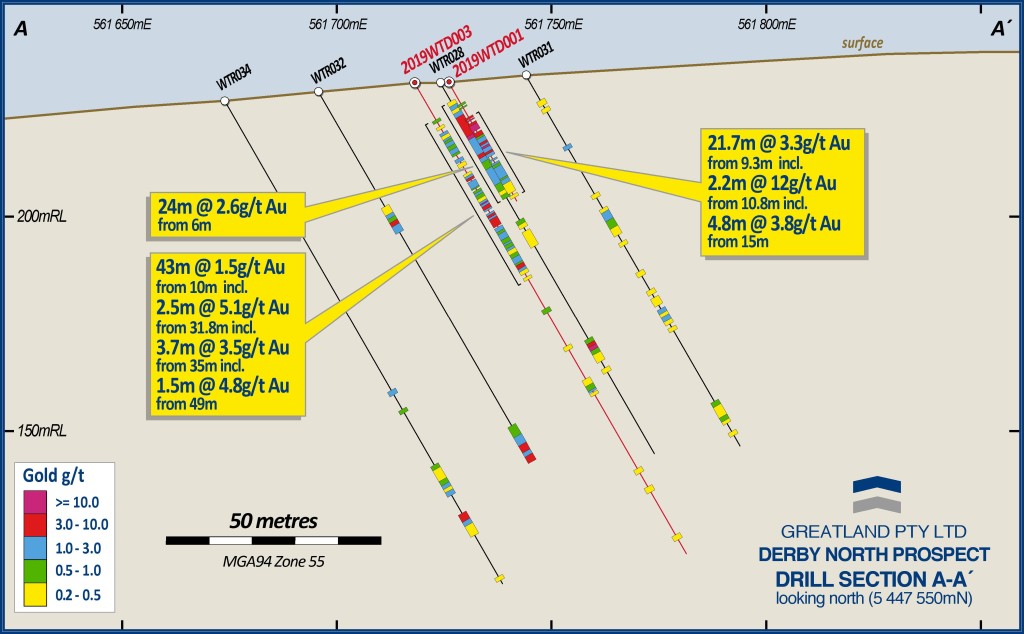 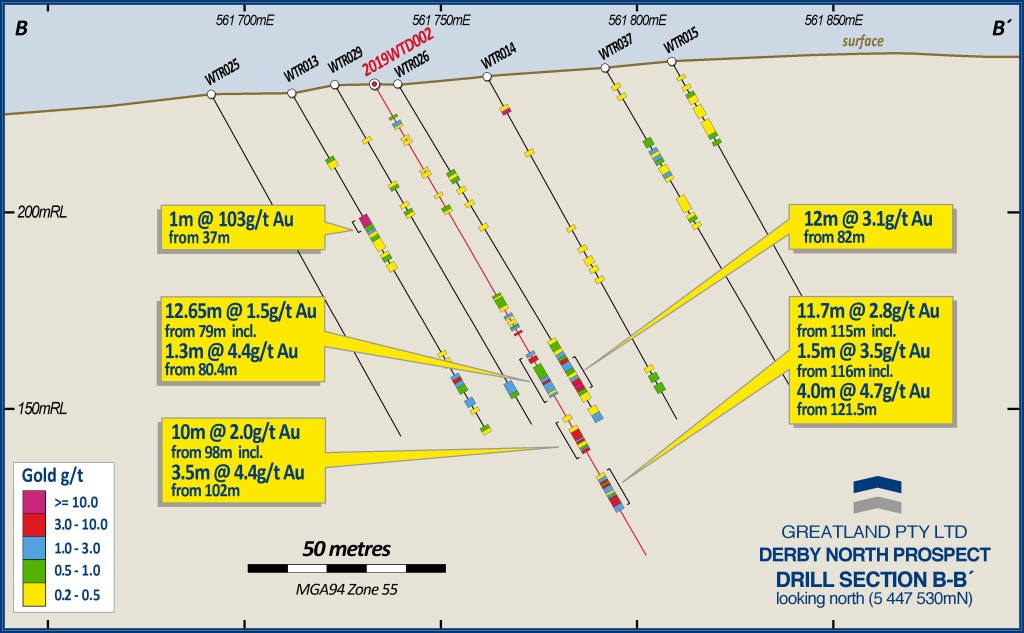 The tenement hosts Mathinna Group metasediments.  These sediments are equivalent to the Melbourne Trough geology which host the bulk of Victoria’s gold mineralisation (+50mill oz Au).

The sediments in Warrentinna have undergone multiple regional deformation events resulting in passive low grade metamorphism & folding.  Devonian granite intrusions occur with some contact metamorphism present. Gold is likely to have been emplaced during this intrusive period.

October 4, 2017 by glgoldadmin in Project Comments are off
© 2014 - 2016 Greatland Gold. All Rights Reserved.
This website uses cookies to improve your experience. We'll assume you're ok with this, but you can opt-out if you wish.Accept Read More